Michael Jeffrey Jordan is a former professional American basketball player, Olympic athlete, businessperson and actor. Considered one of the best basketball players ever, he dominated the sport from the mid-1980s to the late 1990s. Jordan led the Chicago Bulls to six National Basketball Association championships and earned the NBA's Most Valuable Player Award five times. With five regular-season MVPs and three All-Star MVPs, Jordan became the most decorated player in the NBA. Jordan was born on February 17 , 1963, in Brooklyn, New York. Growing up in Wilmington, North Carolina, Michael developed a competitive edge at an early age. He wanted to win every game he played. Michael grew up with a stable family life. His mother, Delores, was a bank teller who has since written several books. His father, James, was a maintenance worker turned manager at General Electric. Jordan had four siblings: Larry, Deloris, Roslyn and James Jr. M.J. began his professional basketball car
1 comment
Read more 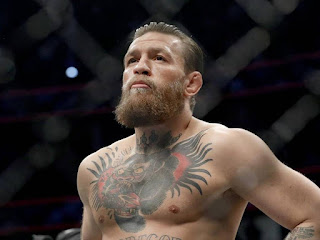 Conor McGregor is a retired Irish mixed martial artist and professional boxer who is widely considered one of the greatest fighters in the history of both sports. McGregor rose to prominence in the Ultimate Fighting Championship (UFC), where he became the first fighter in the organization's history to hold titles in two different weight classes simultaneously. He later made the transition to professional boxing, where he famously fought Floyd Mayweather Jr. in one of the highest-grossing boxing matches of all time. Born in Dublin, Ireland in 1988, McGregor developed an interest in martial arts at a young age. He began training in boxing and Brazilian jiu-jitsu, and eventually transitioned to mixed martial arts (MMA). McGregor made his professional MMA debut in 2008, and quickly gained a reputation as a formidable striker with excellent footwork and movement. In 2013, McGregor signed with the UFC and made his debut in the organization at UFC on Fuel TV 9. He quickly became one of th
Post a Comment
Location: Europe
Read more

Overview of The pyramid of success from jhon wooden

The Pyramid of Success is a set of principles for achieving success in any field, developed by John Wooden, a renowned American basketball coach. Wooden is considered one of the greatest coaches in the history of sports, having led the UCLA Bruins to ten national championships in a twelve-year period, including an unprecedented seven in a row. The Pyramid of Success consists of 15 interlocking blocks that represent the various qualities and characteristics that Wooden believed were essential for success. These blocks are organized into three tiers, with the foundation of the pyramid representing the most important qualities and the top tier representing the least important. The foundation of the pyramid is made up of four blocks: industriousness, friendship, loyalty, and cooperation. These qualities form the basis for all other success and are essential for building strong relationships with others. The second tier of the pyramid is made up of six blocks: enthusiasm, self-control, aler
Post a Comment
Location: United States
Read more

The difference between having self-discipline and self-control is that the first is constant self-control and must be maintained even though this is not easy. We can see examples of self-discipline in athletes, who have to comply with their daily routines and diets to achieve success in their disciplines. On the other hand, self-control refers to being able to stop ourselves when our impulses lead us to commit something that we know is wrong and can harm us. A clear case of self-control is when it comes time to stop drinking alcohol, there are many people who say they will only have 1 more drink, but this is almost never the case. The two points may seem too similar but it is also easy to recognize the differences. Gaining discipline and self-control can be a challenging but rewarding process. Here are some tips that may help: Set clear goals: Identify what you want to achieve and why it is important to you. Having clear goals can help you stay motivated and focused. Make a plan: Bre
Post a Comment
Location: New York, NY, USA
Read more 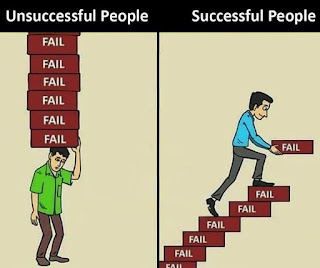 "High value people" is a term that is often used to describe individuals who are perceived as being successful, influential, or otherwise valuable. This can include people who are leaders in their field, have a strong social following, or are accomplished in their personal or professional lives. The term "high value" is subjective and can vary depending on the context in which it is used. Some people may consider high value people to be those who have achieved a high level of wealth or status, while others may define high value more broadly to include people who have made a positive impact in their communities or on the world. In general, the term "high value people" is often used to describe individuals who are perceived as being leaders or role models in some way, and who have the ability to inspire or influence others. It is important to remember that value is subjective and that everyone has their own unique strengths and abilities. The term "unsu
Post a Comment
Read more

Muhammad Ali🥊I'ma Show You How Great I Am!🥇

Today, we are going to talk about Cassius Clay, better known as Muhammad Ali. Ali was a legendary boxer and cultural icon who is widely regarded as one of the greatest athletes of all time. Nicknamed "The Greatest". Born Cassius Marcellus Clay Jr. in Louisville, Kentucky in 1942, Ali first gained fame as an Olympic gold medalist in 1960. He later turned professional and quickly rose to the top of the boxing world, becoming the heavyweight champion of the world at the age of 22. He was a leading heavyweight boxer of the 20th century and he remains the only three-time lineal champion of that division. His joint records of  beating 21 boxers  for the world heavyweight title and  winning 14 unified title bouts stood for 35 years. Throughout his career, Ali was known for his extraordinary skill and speed in the ring, as well as his brash personality and confident demeanor. He was often referred to as "The Greatest," and his boxing matches were some of the most highly ant
Post a Comment
Location: New York, NY, USA
Read more 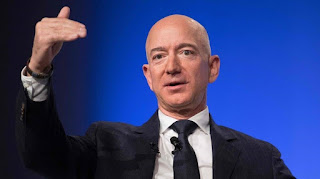 Jeff Bezos is an entrepreneur and business magnate who is best known as the founder and CEO of Amazon, one of the world's largest online retailers. Born in 1964 in New Mexico, Bezos showed an early aptitude for technology and business. He attended Princeton University and studied computer science and electrical engineering, before going on to work on Wall Street in a variety of roles. In 1994, Bezos founded Amazon with the goal of creating an online marketplace that would make it easy for people to buy and sell products online. At the time, the internet was still in its infancy, and many people were skeptical about the viability of an online retail business. However, Bezos was convinced that the internet was the future of commerce, and he was determined to build a company that would take advantage of the emerging technology. Over the years, Bezos has led Amazon through a series of strategic acquisitions and partnerships that have helped the company grow and expand into new markets
Post a Comment
Location: Seattle, WA, USA
Read more

8 tips you need to know to start your business and 5 to solve financial Issues 👔 this 2023.

January 01, 2023
Starting a business can be a challenging and rewarding endeavor, but it requires careful planning and execution. Here are some steps to help guide you through the process: 1. Identify your business idea : This could be a product or service that you are passionate about and have expertise in, or a gap in the market that you can fill. Consider your target audience and what makes your business unique. 2. Conduct market research: Research your industry, competitors, and target audience to better understand the demand for your product or service. This will help you develop a business plan and set realistic goals. 3. Develop a business plan: A business plan is a detailed document that outlines your business goals, target market, financial projections, and marketing and sales strategies. It serves as a roadmap for your business and can help you secure financing or investment. 4. Choose a business structure: Decide on the legal structure of your business, such as a sole proprietorship, par
Post a Comment
Location: Los Angeles, CA, USA
Read more
More posts
Powered by

Popular posts from this blog 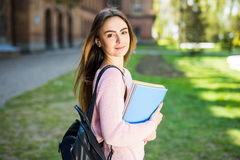 When I was in school I found 200 reasons to distract myself every time I decided to study. Especially when I needed to do it the most. Sometimes, when your mind is not in the mood, it may be difficult to find the right moment or motivation to sit down to study for that difficult exam, or to advance in that final project that has you worried but still you cannot finish. That is why I wrote this post with some tips that help me move forward in my activities and complete all those earrings that do not allow me to be calm. Among other things I use this list when I feel lost: 1. The first step is to organize your tasks. Make a list of all the activities you want to complete and order them from highest to lowest priority. You will notice that many of the tasks you must do will not take more than 5 minutes. You can start by doing some of those tasks. So, at the end you will feel that you can complete something bigger. 2. Dedicate yourself to one thing at a time(Avoid multi-tasking)
Read more

IF YOU'RE not INSPIRED, THIS IS THE RIGHT PLACE🏂. 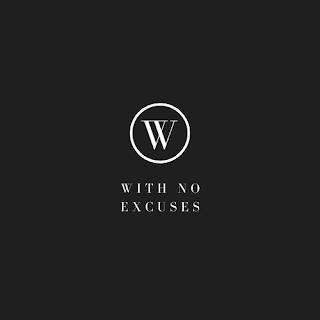 Hi, My name is Manuel. I created this blog to help people who loves to become better anytime, just like me, to get motivated. This web will include phrases and stories that can inspire you to have a better day or week, that's the main objective. Throughout my life I have had difficult moments that I have come out reading about people who have gone through similar situations. In this space I will write about some of them to share this knowledge with you. Don't forget to follow us for all our goodies updates and posts #WithNoExcuses.com
Read more 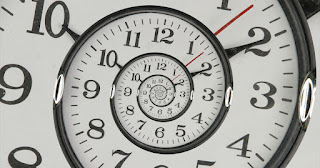 Wealth and poverty Just because we have been conditioned to think like poor does not mean that we cannot change and improve. Wealth and poverty are variable and subjective. A person who considers himself rich in one country may consider himself average (or even poor) in another. You see it in cars, for example. In Europe there are many more Mercedes Benz, BMW, Audis and exotics than in Latin America. And in Latin America those cars are luxury, but there they are much more abundant. It is not that there is no poverty in Europe, but they do live by other standards. In fact, it is not the same to be poor anywhere in the world. Yourself have surely seen it on television programs. Poverty in the first world is not the same as poverty in the third world. But we are not going to delve into that topic today. Although we should definitely fight to eliminate poverty, today I am talking about something very simple. WHAT IS POVERTY? As I told you above: Wealth and pover
Read more